#JusticeForTina: Another day, another avoidable death. When will justice be done - Ynaija

4 Resiliency Tips From Inside (And Outside) The Wine World - Forbes

5 players who could follow Hakim Ziyech to Chelsea this summer 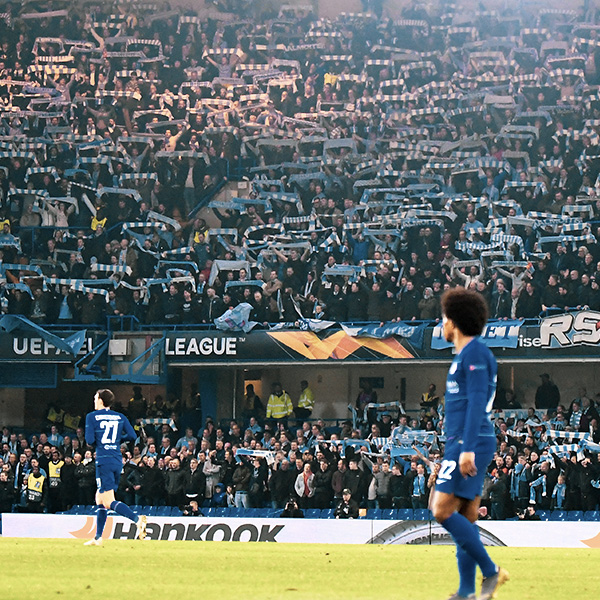 The Chelsea transfer ban worked out quite well. They were on course for Champions League qualification before sports events were paused. It also helped Fikayo Tomori, Reece James, Mason Mount, Billy Gilmour and Tammy Abraham establish themselves in the first team.

Despite that, fans appetite for Chelsea transfer news is huge. Frank Lampard feels the same, publicising his annoyance that they didnt buy anyone in January. I certainly wanted to bring players in, he said. I think Ive made that pretty clear over the last few weeks and it hasnt happened.

Things will be different in the months ahead. Theyve already announced that Hakim Ziyech will arrive from Ajax, and there are many more transfer rumours involving the club. Who else will join? betPawa online betting have identified five Chelsea transfer targets for the end of the season:

The Blues have the worlds most expensive goalkeeper in Kepa Arrizabalaga, but Lampard hasnt been too impressed. He recently left the Spaniard out of his side for six consecutive games. His replacement in that period, Willy Caballero, is 38, so not a long-term solution in the position.

A common pattern related to Chelsea transfer news is them signing two players from the same club. In Roman Abramovichs first summer (2003), it was Joe Cole and Glen Johnson from West Ham. In 2004, Ricardo Carvalho and Paulo Ferreira both moved from Porto to Stamford Bridge.

In the last decade, it happened with David Luiz and Ramires (Benfica) and Yossi Benayoun and Fernando Torres (Liverpool). Want more evidence Theyve since shopped like this at Atletico Madrid (Diego Costa and Filipe Luis) and Leicester (NGolo Kante and Danny Drinkwater).

Having built a relationship with Ajax to capture Ziyech, they will surely be tempted to ask about Andre Onanas availability. The Cameroonian goalkeeper stood out in last seasons run to the Champions League semi-finals and is just 23 years old.

Though hes returned to the team recently and scored some important goals, its been a tough campaign for Marcos Alonso. He started at least 30 Premier League games in each of his first three seasons. However, Lampard has called on him only nine times this term.

As mentioned earlier, the Londoners have a history of buying from Leicester. It wont be a surprise if Ben Chilwell tops the list of Chelsea transfer targets at left back. Hes been a major part of a Foxes defence that has conceded 11 goals fewer than the Blues. The 23-year-old has also delivered two Premier League goals and three assists in 2019/20.

If they cant tempt Chilwell away from Leicester, Alejandro Grimaldo (Benfica) and Alex Telles (Porto) are two other options. Both are excelling in Portugal currently, with eye-catching attacking contributions.

Lampard made the bold call to sell David Luiz to Arsenal on deadline day without being able to replace him. He initially looked to youngster Tomori to step in, but his faith appears to have weakened in 2020.

Indeed, the manager doesnt seem certain of his best solution at centre back. Kurt Zouma has started 19 of 29 league games, Andreas Christensen and Tomori played 15 and Antonio Rudiger 13. So a purchase is likely in that position, especially as he sometimes picks three at the back.

Perhaps popular former boss Antonio Conte has the answer. His most trusted player at Inter has been Milan Skriniar, tying with Romelu Lukaku for 24 Serie A starts. The Slovakian international has starred in Italy for four years, first at Sampdoria and then Inter, and is only 25.

If they cant sign Milan the player, the next best candidate might be at Milan the club. Another common name in reports of Chelsea transfer targets is AC Milan captain Alessio Romagnoli.

Youre probably thinking that with Christian Pulisic in 2019 and Ziyech this year, the Blues dont need another wide forward. They also boast highly-rated Callum Hudson-Odoi after all. However, with Willian and Pedro out of contract, one more signing may be required in the area.

Ousmane Dembele is rumoured and, despite four years at the top level with Borussia Dortmund and Barcelona, is just 22. But given how much Chelsea have already invested on the wings, an established superstar maybe isnt the remedy.

Indeed, while Dembele has been injured, Mikel Oyarzabal has shone in La Liga this season. His eight goals and six assists have been key to Real Sociedads challenge for a Champions League place. At the age of 22, its his fifth year in the first team and hes earned seven Spain caps too.

Olivier Giroud has been leading the line for the six-time English champions recently. He started only two Premier League matches before late February though, so Lampard took lots of convincing to select him. A new striker is therefore predicted to arrive.

Supporters no doubt look for Timo Werners name when reading Chelsea transfer news, but so many clubs are chasing him. Abraham exceeded expectations with 13 goals before sports events stopped. So perhaps the Blues should move for a young alternative rather than benching Tammy.

One contender is at the club they made one of their greatest signings, Eden Hazard, from: Victor Osimhen at Lille. The Nigerian striker cost them just $15.5 million last year and has provided incredible value with 13 goals. At 21, his potential to improve further is enormous.

Sign up in seconds at www.betpawa.ng/signup to enjoy betPawa online betting. With less sports events right now, theyve added 24/7 virtual football. You can still bet from ₦1 and get a 250% win bonus on pawaLeague. Terms & Conditions apply. Bet responsibly. 18+.

Too Much Money! Davido Shows His New House Which Has An Elevator In Banana Island (Video)

Drama As Forbes Removes Kylie Jenner From Billionaires List, Accuses Her Of Lying

AFN's many troubles mirror tragedy of a broken system - Guardian

Anthony Joshua reveals Tyson Fury is on his 'hit list': I really want that belt - Yahoo

Too Much Money! Davido Shows His New House Which Has An Elevator In Banana Island (Video)

Drama As Forbes Removes Kylie Jenner From Billionaires List, Accuses Her Of Lying

2021 Africa Cup of Nations set to be postponed - Daily Times

Abraham aware of 'big boots to fill' as Chelsea No.9 and admits to lacking confidence in the past - Goal